CATCH ME WHEN I FALL by @vleighwrites Blog Tour Stop and Guest Post!

CATCH ME WHEN I FALL
by Vicki Leigh 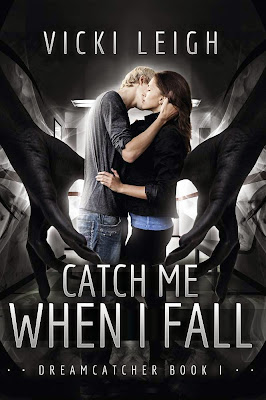 Recruited at his death to be a Protector of the Night, seventeen-year-old Daniel Graham has spent two-hundred years fighting Nightmares and guarding humans from the clawed, red-eyed creatures that feed off people’s fears. Each night, he risks his eternal life, having given up his chance at an afterlife when he chose to become a Protector. That doesn’t stop a burnt-out Daniel from risking daring maneuvers during each battle. He’s become one of the best, but he wants nothing more than to stop.

Then he’s given an assignment to watch over sixteen-year-old Kayla Bartlett, a clinically depressed patient in a psychiatric ward. Nightmares love a human with a tortured past. Yet, when they take a deep interest in her, appearing in unprecedented numbers, the job becomes more dangerous than any Daniel’s ever experienced. He fights ruthlessly to keep the Nightmares from overwhelming his team and Kayla. Soon, Daniel finds himself watching over Kayla during the day, drawn to why she’s different, and what it is about her that attracts the Nightmares. And him.

A vicious attack on Kayla forces Daniel to break the first Law and reveal his identity. Driven by his growing feelings for her, he whisks her away to Rome where others like him can keep her safe. Under their roof, the Protectors discover what Kayla is and why someone who can manipulate Nightmares has her in his sights. But before they can make a move, the Protectors are betrayed and Kayla is kidnapped. Daniel will stop at nothing to save her. Even if it means giving up his immortality. 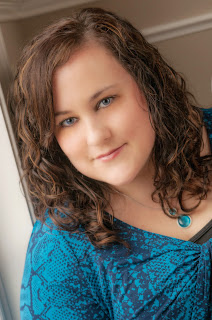 Adopted at three-days-old by a construction worker and a stay-at-home mom, Vicki Leigh grew up in a small suburb of Akron, Ohio where she learned to read by the age of four and considered being sent to her room for punishment as an opportunity to dive into another book. By the sixth grade, Vicki penned her first, full-length screenplay. If she couldn’t be a writer, Vicki would be a Hunter (think Dean and Sam Winchester) or a Jedi. Her favorite place on earth is Hogwarts (she refuses to believe it doesn’t exist), and her favorite dreams include solving cases alongside Sherlock Holmes.

Vicki is an editor for Month9Books and Curiosity Quills Press, an intern at TriadaUS Literary agency, and is represented by Sarah Negovetich of Corvisiero Literary Agency.


All about Daniel Graham
Creating your main character is never an easy job. They’re the voice through whom your readers discover your world and go on an adventure. So, it’s essential that your main character be real, relatable, and someone to root for.

When I started writing Catch Me When I Fall, I knew two things: my main character was going to be a guy, and he was going to be a Dreamcatcher. From there, I created someone who I would know so well by the book’s end that he would feel like a best friend. And it all started with three things—a casting sheet, a brief biography, and a character survey. I thought it would be fun to share them with you today and give you a more in-depth view into who Daniel Graham truly is.

Like a casting director for a movie, when I cast my main character, I write down the essentials: what he looks like, how old he is, his traits, and his flaws. Then because I also have a weird writing quirk of asking my character’s pictures what he/she would do or say when I hit a writing block, I always find a celebrity or model who most resembles the character in my head. 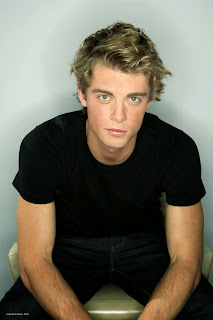 Right there, I have a character “quick sheet” in case I ever get stuck or forget a piece of his personality or physical appearance. (In fact, I attach the pictures to notecards and write these essentials on the back, so they’re always within a quick reach.) Then, after I have my quick sheet created, I move on to my character’s bio.

When I write my character’s biographies, they really are brief—just enough so that I know the character’s backstory. And I do this for all of my major characters, not just my main one. It helps me learn where they came from and what their motivations will be to create a character arc.

Here’s what I wrote about Daniel:

Daniel was raised in England, the son of an Earl, but anxious to postpone an arranged marriage and fill his life with a little excitement, he enlisted in the military at the age of sixteen, feigning a birth certificate to show him of eighteen years of age. Shortly after his seventeenth birthday, Daniel and his company briefly rested during their march toward Washington, and as he relaxed, puffing on a cigarette, Daniel heard women screaming from inside a nearby home. Hurrying to save them, Daniel burst through the front door of the house, only to discover three of his comrades molesting girls as young as twelve, his sister’s age. Furious, Daniel attacked the English soldiers in an attempt to save whatever dignity the girls had left. He killed two of them before he was dragged outside by the third and shot in the woods behind the girl’s house.

*Daniel awakened on a cold stone table in a cold room. Lit candles were the only other objects. He checked his body for wounds—there were none. As he began to worry, [an angel]** entered. She had seen his valiant act of courage and offered him a chance to continue to fight for those in need as a Dreamcatcher.

Faced with the chance of spending eternity on Earth rather than in the Heavens, Daniel agrees. He’s taken to Rome, to the hidden home of the Protectors of the Night, where he trains for 100 years as an understudy, learning how to protect the living from paranormal creatures—especially Nightmares.

Then came his trials, and he passed with flying colors, breaking several records. For the next 100 years, he serves as a lead, protecting people on his own and mentoring a newly-recruited Dreamcatcher, Samantha. He progressively takes on harder cases, including kidnapped children, soldiers, and cancer patients, excelling at every turn. But then the last of his kin dies, and with them goes his thirst for life.

Shutting Samantha out, he continues to protect his most recent charge on his own—paired only with his Dreamweaver—and when she passes of old age, he’s anxious for a break. Then he’s given an assignment to protect a sixteen-year-old girl in a psychiatric ward, and everything changes.

* -- This paragraph of backstory is not revealed in Book One.
** -- Spoilers omitted.

After the brief biography, I then fill out surveys for my main character and the love interest. Because they’re the two most important characters in a book (in my opinion), they need to be fleshed out to the minute details. For the sake of length, I can’t share the survey I completed on Daniel, but this is where you can find the version I use.

Obviously, I take a lot of time in the planning process to really get to know my characters, but it’s because I’m a plot-driven writer. I always know the story before I begin, but I never know my characters. If you’re like me, my suggestion would be to do something similar, because readers won’t care about your awesome plot if they can’t connect with your character.
Posted by Jessa Russo at 12:00 AM