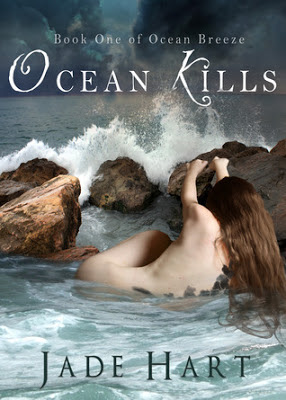 Around the world, murderers and rapists pick off the innocent. Killing loved ones, separating families, and ruining lives.
As an eight-year-old girl, Ocean witnessed her family’s massacre and something altered inside her. Twisting her genetic code… unlocking an ability to teleport.Ocean Breeze was never destined to be normal, especially having been named after air-freshener. She’s a shadow, a ghost—a dark saviour of the innocent. Armed with a switchblade in her bra, and a box-cutter in her pocket, she hunts the filth of the world. Callan Bliss is a Sydney police officer whose skill-set is far above that of a normal cop. All his fellow officers see is a hard worker who loves to catch perpetrators and surf, but that’s because they don’t know about his past. When Callan arrests a suspicious-looking prostitute, he comes face-to-face with a self-confessed vigilante, and suddenly, his secrets aren’t so easy to keep silent.

Ocean hates the police with a passion, and has no intention of being held captive by a cop, even if he is sexy as hell. Teleporting from under his nose, Ocean hunts her next target—a man responsible for the largest sex ring in South Africa—and now he’s about to die. But she doesn’t count on Callan giving chase, nor the body-quaking lust that consumes them. However, Ocean's dark hobbies take precedence over what her heart wants—her thirst for murdering is killing her too, and not even Callan can save her.

MY THOUGHTS:
Well, aside from the freaking ending - dammit, Jade! - I LOVED this book! I was so instantly in love with Callan, and so attached to Ocean, that it was impossible not to think of them when I wasn't reading.

Callan Bliss is a sexy, strong male lead, whose determination and drive when it comes to pursuing Ocean is nothing short of swoon-worthy. Even bordering on stalker-status, I still adored him. He was right to never give up on her, and I cheered him along the entire way!

Ocean Breeze is a troubled, broken character, whose actions throughout the book could be frustrating, and at times I wanted to scream at her for her choices, but she was so lovable and relatable ... even though her situation was unlike anything I should be able to relate to.

If you love DEXTER (Showtime TV Show), and you love fantasy/paranormal and delectable male leads, you will absolutely love OCEAN KILLS!

A SPECIAL GIFT, JUST FOR YOU GUYS:
I'm so excited to be able to share this with you!

A GIVEAWAY!
a Rafflecopter giveaway 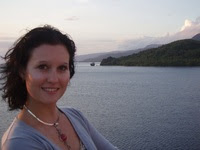 Jade Hart is a self-confessed book worm who is happiest glued to a lap-top with an eternal battery life and typing up stories running rampant in her head.

Her three favorite things are:
1. Unlimited books on an Ebook Reader
2. Cracking the sugar on a creme brulee
3. Bunny rabbits

Jade currently resides in Middle-Earth, but has lived in Australia, England, and Hong Kong.