HARVEST - the final installment of The December People Series by Sharon Bayliss - has arrived!

The wait is finally over! The December People Series concludes with HARVEST by Sharon Bayliss!

After the losses of loved ones, Patrick Vandergraff trudges through college in a haze of grief. 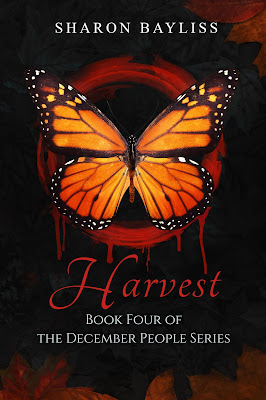 Plagued with violent visions about his family, he avoids going home. But on Thanksgiving, he decides to visit his siblings at his aunt and uncle’s house. However, he finds an empty house with a red circle painted on the door.

Patrick searches for his siblings, turning to his girlfriend Elena for help. He meets Elena’s family and discovers that she is part of an ancient clan of fall wizards called the Los Segadores, who are responsible for preventing future atrocities. Although their mission sounds benevolent, he learns that fall wizards have a violent secret and the woman he loves and his siblings are on opposites sides of an age-old war.

Stuck between both sides, Patrick must find a way to protect the ones he loves as they meet in battle on the Blood Moon.

Purchase your copy on Amazon today! 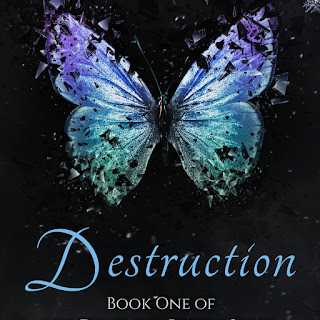 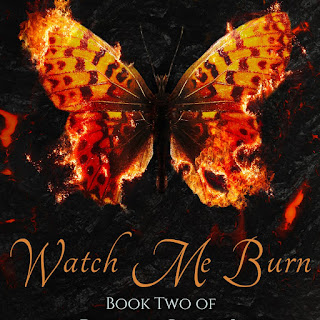 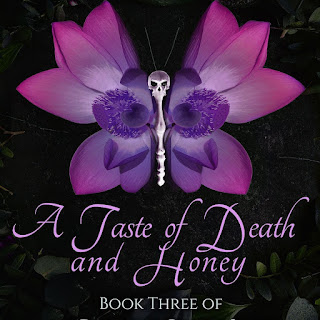 Are you a book blogger or reviewer? I'd love to visit your blog and/or give you a free review copy of Harvest. Reply to this e-mail or contact me at sharonebayliss@gmail.com.
Posted by Jessa Russo at 7:03 AM No comments:

Welcome to the very first Spotlight Saturday! n the third Saturday of each month, I will be spotlighting an author friend, and hopefully introducing my readers to new favorites!

Up first, the awesome Mike Chen!  Take it away, Mike! 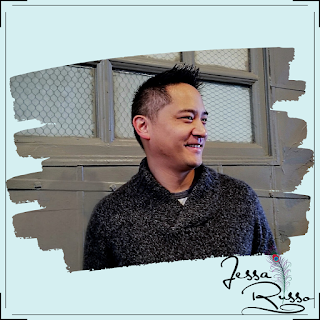 I’m Mike Chen, author of the newly released A BEGINNING AT THE END and 2019’s HERE AND NOW AND THEN, which was a semi-finalist for the 2019 Goodreads Choice Best Sci-Fi award. I’m also a geek culture writer with bylines in Tor, The Mary Sue, StarTrek dot com, and more. In a previous life, I was a credentialed NHL writer for outlets like Fox Sports and SB Nation. But now, I’m mostly known as the “sci-fi with feelings” guy, as evidenced by my latest novel which features a post-apocalyptic slice-of-life story as four people come to grips with their trauma after society has rebooted after a pandemic.

1)                 How many books have you written? Which is your favorite and why?
If you count unpublished books, I’m at 5.5. The first two don’t count, they were the terrible “growing pains” that were necessary for all writers. They’re also contemporary, not sci-fi, so it was definitely before I hit my stride. So strictly contracted, there’s my debut HERE AND NOW AND THEN, then the newly released A BEGINNING AT THE END. 2021 will have WE COULD BE HEROES, and I’m under contract for a fourth book, which is a bit...nebulous so far. (more on that below)

A favorite? HERE AND NOW AND THEN will always be special because that’s the book that launched my career. But the characters in A BEGINNING AT THE END were originally drafted in 2011; it was a shelved manuscript that my agent rescued in 2016 and helped me mold into what it is today. Because of that, I feel closer to those characters. We’ve been through a lot together! So if there’s a proverbial “book of my heart,” I’m pretty sure it’ll always be that one.

My third book is called WE COULD BE HEROES, and the pitch is a superhero and supervillain accidentally meeting up in an anonymous support group. I'm in the edit process for that right now, and hopefully we'll do the whole cover and ARC cycle sometime this summer. I've also got a tentative book 4 to fill out the second book of this new contract. My editor likes the pitch and has seen parts of it but it hasn't officially been approved yet, so I can't officially talk about it yet. But I can say that it was inspired by watching Netflix's Haunting of Hill House series.

3)                 What are three things we probably don’t know about you?
I talk a lot about my past endeavors on Twitter, from my time as an NHL writer to my love of classic video games. But there are a few things that only pop up occasionally. The first is that I’m a classically trained pianist, with 13 years of lessons. The second is that halfway through that time, I picked up the guitar and loved it much more, and when coupled with my love of all sub-genres of indie rock (see all the character names in A BEGINNING AT THE END), I played in bands for most of my 20s doing a mix of lead vocals, lead guitar, bass, rhythm guitar, and synths. The third is that in addition to that, I used to run an indie rock dance night in the Bay Area; it ran at the historic Edge Nightclub in Palo Alto, which had bands like Radiohead come through there early on. 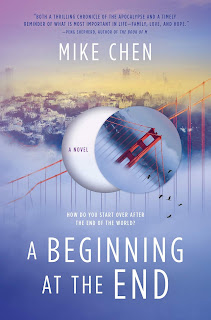 And you're definitely going to want to check out his latest release, A BEGINNING AT THE END, which Kirkus called "A refreshingly non-dystopian end-of-the-world story..."
Amazon
Goodreads