HAPPY RELEASE DAY to one of my favorite humans EVER!!! Check out TAKEN BY STORM by Tamara Mataya! 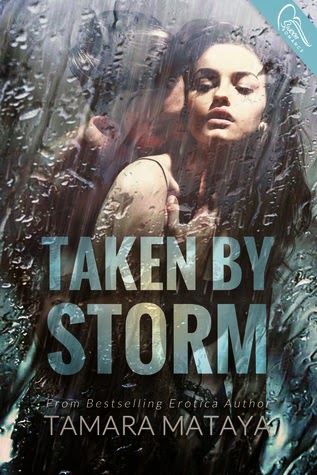 Leilani’s plan was simple: Return for her father’s wedding, housesit for the happy couple while they went on their honeymoon, then get the hell outta dodge. She’d thought the worst thing would be returning to the town she grew up in (and despised). She was wrong.A flashflood hits the small town, stranding Firefighter, Ryan, and a few strangers at the local bar. Worst of all, Leilani, his old high school rival – and last night’s scorching one-night-stand – is one of the people stuck in the bar. With waters rising, they need to stick together and wait for rescue.The power grid’s knocked out, and cell phones aren’t working. When the others panic and leave, Leilani and Ryan are left alone in the dark. Fortunately, words aren’t necessary to keep the former rivals warm. But when they’re forced to leave their refuge, they must cooperate to navigate the flood ravaged town and reach safety.Rising waters bring them closer together. Rising tempers might tear them apart. 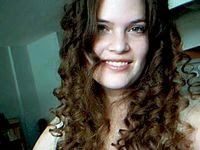 Tamara Mataya is currently a librarian; she lurked there for so long recommending books to patrons and shushing people, that she suspects they only hired her so it would be less creepy. Now she’s armed with a name tag, and a thin veneer of credibility. She’s also a musician with synaesthesia – which isn't an issue until someone plays a wrong note, which makes her want to squirm inside out. It makes for a good live show.

RYAN BENTON IS MINE. Move along.

DID I MENTION FIREMEN? *grin*

This book won't disappoint.
Posted by Jessa Russo at 6:11 AM 1 comment:

I am thrilled to take part in the cover and trailer reveal for Book 2 in The December People Series, Watch Me Burn!

So without further ado...

David Vandergraff lost his home, his job, and contact with his oldest son, but remains determined to be a good husband and father despite being a dark winter wizard.

His resolve is tested when a flyer for a missing girl--who happens to be a summer witch--begins to haunt him. David believes a spell needs to use him to save her, so he follows the magic's command and looks into her disappearance. His teenage daughter Emmy resents him for caring so much about a random stranger. But when she uncovers some disturbing evidence close to home, she begins an investigation of her own.

David and Emmy quickly learn that the mystery is not only about a missing girl they barely know, but a deeply personal story that impacts everyone they care about. As their world crumbles, they fear the warning may be true—never mess with summer wizards, because the good guys always win.

A note from the author:

Thank you to artist Michelle Johnson and the whole team at Curiosity Quills Press for creating a cover I love!

If you haven't guessed it by now, you'll see a butterfly on the cover of every book in The December People Series. The butterfly is a symbol of transformation, hope, freedom, and generally creepy crawlies turning into beautiful things. And also...look how pretty! ;)

Instead of the broken glass from Destruction, this butterfly is surrounded by fire, and it's probably obvious why from the title. Watch Me Burn is the summer book in the series. All the books center around my winter wizard family, but each book takes us deeper into a different season. Summer wizards are the "light" wizards, but light also means HEAT and FIRE.


If you're new to The December People Series, start with Destruction--99 cents for a limited time!

Enter to win!! Get a paperback of your choice of Destruction OR Watch Me Burn. International entries welcome. Also join The December People Winter Celebration for more giveaways!!

a Rafflecopter giveaway
Posted by Jessa Russo at 12:00 AM No comments: