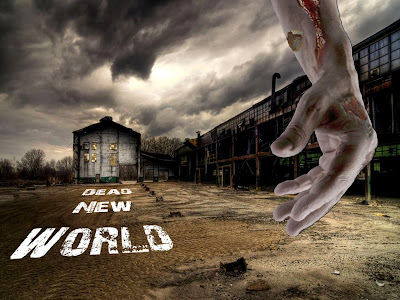 They follow orders. And if Holt and Ambrose want to kill some undead, they’ll do the same. But when a routine mission goes horribly wrong, the best friends’ lives are flayed to the bone.

Now there’s only one light in the darkness of Holt’s life, and when she’s taken, he’ll do anything to get her back. Even if that means defying orders and using his best friend as a weapon. Holt and Ambrose risk all to save her, but what they discover among the hordes threatens to remake humanity. Again.

In the end, will there be anything left to live for in this dead new world?


The Campaign:
The Kickstarter campaign is live! It’ll run from November 14 to December 14, and we are so excited! We believe that by using crowd-sourcing we will be able to generate buzz and interact with readers even before the book is published. It also brings authors and readers together so that they are both part of the publication journey. And as the publisher, we look forward to strengthening that bond. We’ve chosen Ryan Hill’s Dead New World as our first project and are looking forward to sharing it with you. Thank you for spreading the word. Now let’s make beautiful zombies together!


Ryan Hill’s bio:
Ryan Hill likes to keep zombies in a safe place—his head. If zombies ever do take over, the thought of living off canned beans is not enticing. At all.
Ryan uses a healthy dose of real life and imagination to come up with stories, and typically spends his time, reading, writing, and watching movies or TV shows...anything involving a good story. Drop him a line on Twitter @J_Ryan.