Spotlight: THE LURE OF FOOLS by Jason King #fantasy

THE LURE OF FOOLS
By Jason King 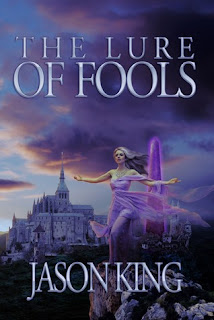 “Adventure is the lure of fools, and excitement glamour to the gullible. The siren song of the world is as music to the wanderer’s feet, but that dance leads only to the soul-less grave.”
So Jekaran’s uncle has warned him. But that doesn't stop him from leaping at the exhilarating chance to single-handedly rescue a beautiful woman from a gang of lecherous thieves.But the bored farm boy quickly finds that he is no match for the group of angry street thugs, and only escapes death by bonding a magical sword that grants him the strength and skill of a master swordsman. Unfortunately, a peasant wielding such magic is forbidden and punishable by death. Thus Jekaran finds himself a fugitive with his fate tied to that of the exotic and mysterious, Kairah; a fey woman who must deliver a dire warning to the king that, if heeded, could prevent the very extinction of humanity. 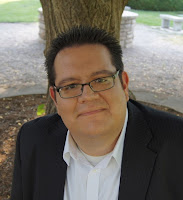 Jason King’s interest in writing started at a young age, and was fueled by the fantastical works of greats such as J.R.R. Tolkein, George Lucas, and Brandon Sanderson.  Now he creates his own fantasy adventures, including Valcoria: Children of the Star, Thomas Destiny, and several short films.

King has a tendency to create novels that seem so deeply entrenched in the fantasy realm, but somehow offer a fresh take on both trope and tale, with what bestselling author James Wymore describes as “breath-taking imagery and a pervasive magic system”.  For the reader that likes everything, the book offers fantasy, adventure, romance, an enigmatic plot, and the ever-present threat of danger. To embrace the pun, one would be a fool not to be lured into reading Lure of Fools. Find out more about author and novel, visit King’s website and check out the first chapter on Wattpad.